* In case of any delay in receiving the OTP, you may verify it later. Please proceed without verification.

Enter your City name or Pincode

The city of Gharaunda is a municipal committee in the District Karnal in Haryana State. The developing city is located approximately 65 miles towards the North-West of Delhi and just 11 miles away from the District Headquarters i.e. Karnal. The main broad gauge rail line “Amritsar- New Delhi” passes all the way through Gharaunda. 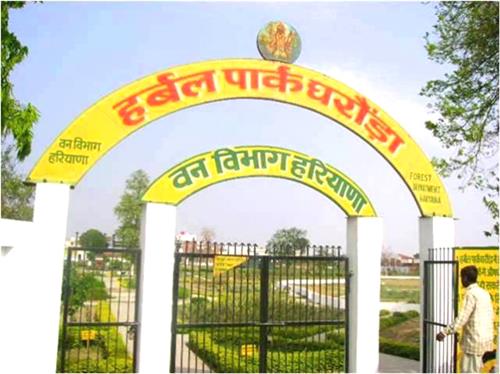 Geography and Climate of Gharaunda

According to the census of 2011, the population of Gharaunda was 37816. Males comprise 54 percent, whereas the females constitute 46 percent of the total populace. The avg. literacy rate of the city is 67 percent which is greater than the national avg. i.e. 59.5 percent. Female and male literacy are 59 and 74 percent respectively. Below 6 years of age group occupies about 14 percent of the total populace. Rajputs are the predominant community of the city and a major part of Gharaunda’s population is occupied by Rajputs. Hindi is the official language of Gharaunda.

Whenever you hit a place, the first thing in your mind comes is your place of accommodation. You have some apprehensions before you enter your booked hotel. This uneasiness continues until you get a well-appointed room in the hotel reserved by you. Gharaunda has a handful of reliable hotels in the city which offer a warm and cordial atmosphere to all and sundry. The hotel rooms are equipped with all the modern facilities and the tourists can be assured of a memorable stay on the whole. Below are some well-known hotels in Gharaunda are listed below.

The locals of Gharaunda are quite amiable and simple-hearted. They love to relish simple yet wholesome and scrumptious home-made recipes. These recipes are prepared by ingredients that are readily available, easy to cook and taste great. Aloo ki Tikiya, Karhi, Bajre ki Khichri, and Bathue ka Raita are among the normal food preparations that are savored by the people of Gharaunda on a daily basis. Vegetable curries are consumed liberally with Chapatis or Pooris. People with a sweet tooth delight in Gajar ka Haluwa, Rabri and Kheer. Some of the most adored eateries in the city of Gharaunda are mentioned below along with their contact details.

The city of Gharaunda has an adequate number of hospitals, private clinics and nursing homes to cater to the residents who are in poor health. The hospitals boast of renowned and competent doctors who are proficient in their respective specialties. A few hospitals also have round-the-clock emergency services which facilitate the ailing people to reach the hospital at the earliest possible time in case of immediate treatment. The city also houses a handful of medical stores which have a good stock of miscellaneous medicines. Following are some notable healthcare units in Gharaunda that have been catering to the ailing mass for a long time:

The city is well-connected to the important cities of the state via efficient rail network. The main rail head is the “Gharaunda Railway Station” (Station Code- GRA) which is owned by the Northern Railway, New Delhi. Bazida Jatan and Kohand are the railway stations that are located in the vicinity of Gharaunda. The Ambala Cantonment Junction is the major rail head to the city. There are three express trains- Jhelum express, Amritsar express and Asr Ltt express that stop at Gharaunda Railway Station. Muzaffarnagar Airport is the major airport which is located at a distance of 76 kms from Gharaunda. Gharaunda can’t be reached directly from the other cities of India via air, although you can get down at the Indira Gandhi International Airport and then take a taxi to arrive at Gharaunda. You can travel to the nearby cities like Karnal, Panipat and Taraori via road network(NH 1) by taking a taxi or your own car. Bus services can also be availed in Gharaunda to travel within the city and to get to a few nearby places.

Thus, we see that Gharaunda may not be abundant in utility services, hospitals and hotels. Though, tourists can always check out some outstanding hotels located in Panipat which is just 18 kms from Gharaunda. Government is also trying to boost the transport options and enhance the other essential services in the city.

Comments / Discussion Board - About Gharaunda